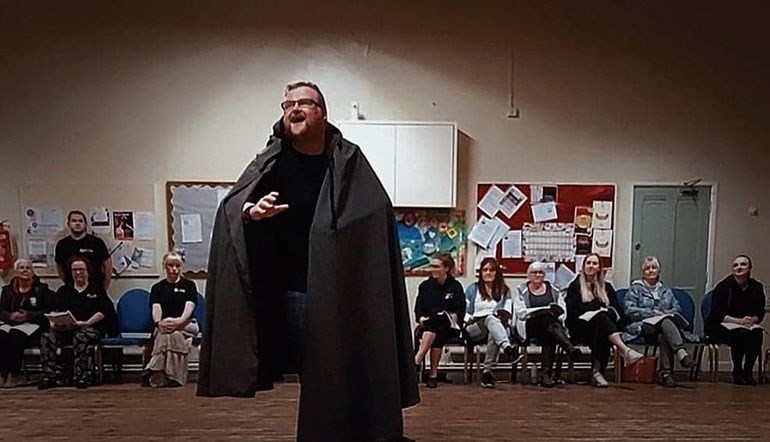 Local theatre group TADLOP are excited to bring this epic musical to Shropshire for the first time when they perform The Hunchback of Notre Dame at Telford Theatre in October.

The stage musical version of the classic Victor Hugo novel is adapted from the Disney animated film, featuring songs written by Disney and Broadway legends Alan Menken and Stephen Schwartz. TADLOP’s production boasts a forty-strong cast of local performers, a professional set, custom-made costumes, and a live orchestra; pulling out all the stops for one of their most ambitious productions in the society’s 50-year history.

The story follows Quasimodo, the deformed bell-ringer of Notre Dame, as he seeks adventure away from his confinement in the cathedral under the watchful glare of Archdeacon Frollo. Upon leaving the cathedral, Quasimodo stumbles into the annual Feast of Fools orchestrated by “King of the Romanis” Clopin, and falls in love with the beautiful dancer Esmeralda who is the only one to show him kindness. Frollo however, desires her for himself, and vows to burn down all of Paris to capture her. Quasimodo must discover what it means to be a hero, before it is too late!

In a series of firsts for the society, this production will also have a BSL-interpreted performance on Friday 28th October. As Quasimodo is hard-of-hearing, there are snippets of sign-language throughout the show and the society felt it important to ensure the musical is accessible to those who may be similarly affected. TADLOP have also offered local secondary school groups the opportunity to meet with the directors of the show for educational discussions; linking the show to the school curriculum in areas of Music, Drama, PSHE and Citizenship.

Performances will be at Telford Theatre at 7.30pm on the 27th, 28th, and 29th of October with an additional 2.30pm matinee on the 29th. Tickets are £15 with group and family discounts available, and can be booked through Telford Theatre here, by phone on 01952 382382 or in-person at the theatre. Information about TADLOP is available here.